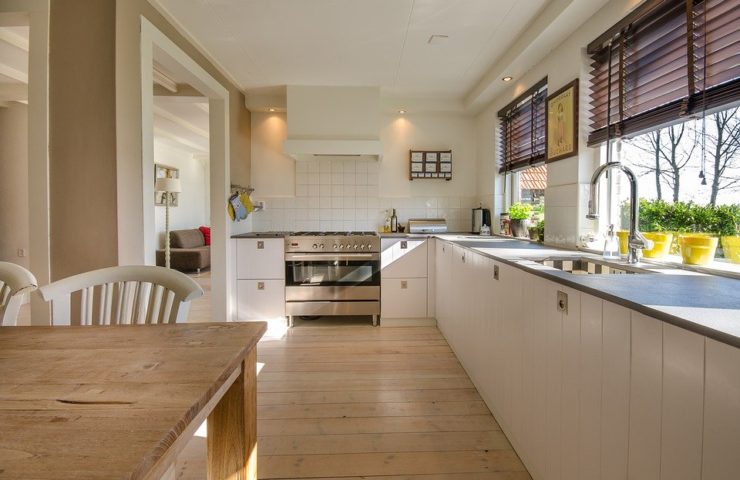 Buying property is exciting, and there’s no doubt about that. If you’re doing it for the first time, it’s even more so. Property is the biggest investment that a lot of us will make in our lifetimes, and it’s these properties that quickly become our homes. Because of the excitement of the process, it can be difficult to keep our heads screwed on and not get lost in the whirlwind of persuasive estate agent talk, but as we’ve previously stated it’s the biggest investment you’ll make, which is why it’s important that you get it right. Here are just a few of the things that you need to be watching out for when you’re buying a house.

Don’t be Fooled by Fresh Paint

When people begin to panic about cash and start thinking “I need to sell my house fast” one of the first things they’ll think to do, or even will be advised to do, will be to adorn the rooms in question with a fresh lick of paint.

Although a lot of the time, people simply freshen up their homes to make them look more appealing by using paint, other times it can be used to cover up other issues. So it’s important to remember no matter how nice it might look on the surface, a house isn’t perfect because it’s been given a go od paint job.

Try and think about the structural elements of the house. The structure of any building is what holds it up and gives it its longevity, long after the paint begins to chip and the furniture gets old. You can always redecorate at a later point, but a structural issue will cost you thousands.

Pay Attention to the Temperature

As you’re perusing the property in its entirety, pay close attention to the temperature in each room – particularly near the windows.

Is it too hot, or too cold? And furthermore, when you’re standing near the windows and doors, is there a slight chill in the air whereas everywhere else the property is comfortably temperate?

If this is the case, then chances are the house you’re viewing will need some resealing done in order for you to live comfortably in it over the Winter months. Furthermore it could even end up being the case that you’ll need to replace doors and windows for alternatives with double glazing if the cold is coming in.

As well as this, take a look at the heating system. Although by law, when selling a property the seller has to provide you with an EPC (or Energy Performance Certificate), these don’t actually state the type of heating system that’s currently installed. If you have a look and realise it’s an old heating system they’ve got in place, you can expect to either pay a higher cost for your bills or have to fork out the money to have it updated. Never be afraid to ask to open cupboards and look at the utilities – remember the size of the investment you’re making, and if they act like they’re hiding something then they probably are.

Take a Look at the Area

As well as actually going for an organised house viewing, take the time to explore the local area and the land surrounding the property you’re considering investing in.

Taking a drive, or even walk, around the local area will give you a feel for everything in it. Where the nearest shop is, what the public transport facilities are like, and generally speaking whether neighbours and acquaintances are friendly.

As well as the area, however, pay attention to the land itself. What is the grass quality in the garden like, do the foundations look strong, and is the area prone to flooding? These are the sort of questions you should be asking yourself when looking at the surrounding land, as they’re things that could cause you big problems in the long run if they go unacknowledged.

Try the Facilities Yourself

Last of all, but not least, try the house’s facilities yourself.

Now, we’re not saying go in and have a bubble bath and cook yourself a meal – that would be ridiculous. But don’t hesitate to turn on the tap, feel the radiators and flush the toilets. If everything is in good working order and the seller has nothing to cover up, then this shouldn’t be an issue.

Remember at all times that this is a big investment, so you have every right to “try before you buy” or so to speak. You’ll only regret it later down the line if you don’t.